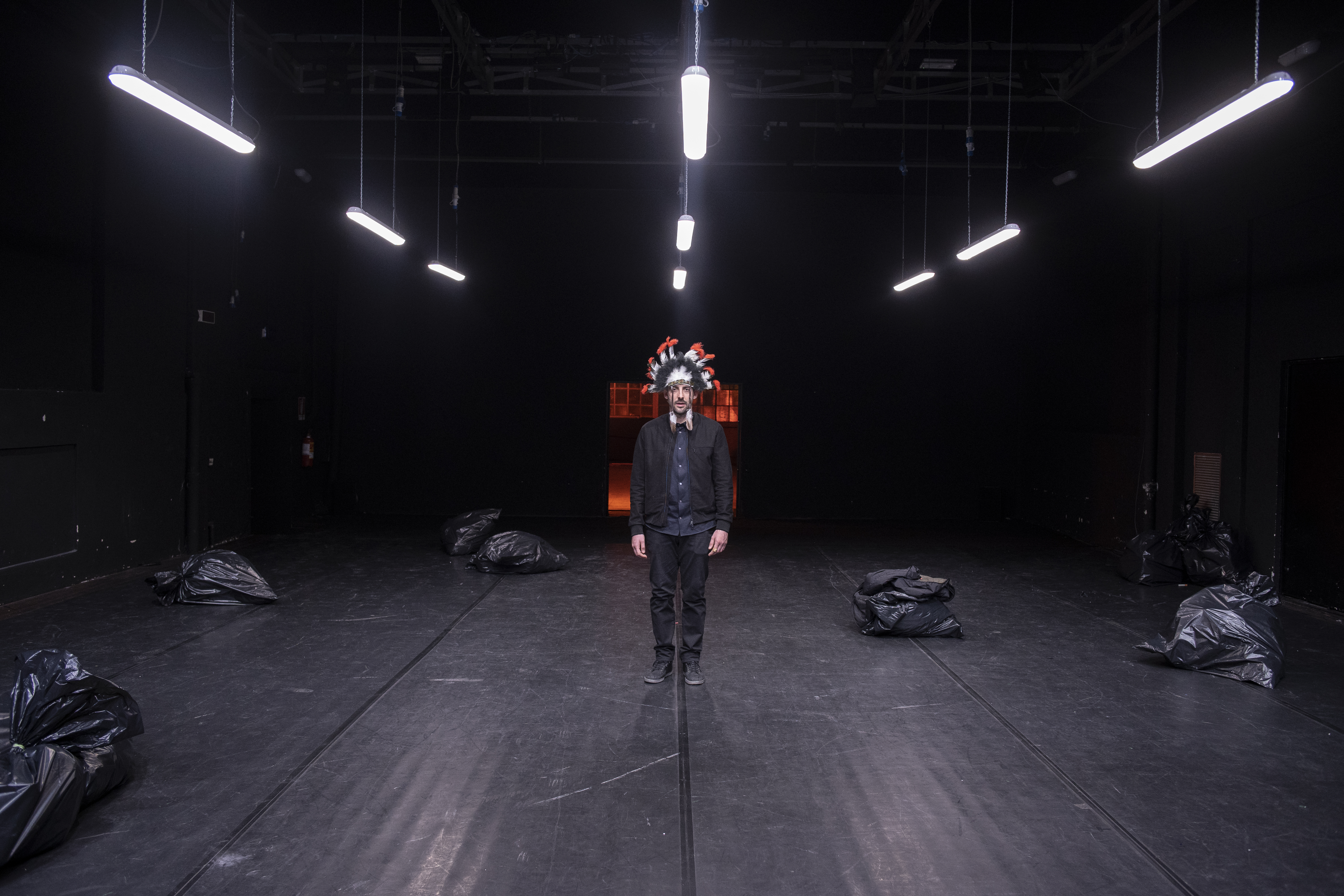 The 68’s young rebels wanted to kill their father – that’s what they said. Fourty years later, on the pages of a text, words coming from the same Édouard Louis, bornt not from literature need but only from the necessity and fiery urgency, a 26’s years old writer starts hunting the father’s murders and find out they belong to the rulers, but more importantly he placed on the agenda of writing the lives of which no one want to hear anymore, the naked lives of those who the power took away any protection. The miracle is that the impeachment hasn’t made any less emotional the Kafkian Letter to his father in which the son repeatedly gives confidence to the man who for years has denied him any confrontation, thus evading the confrontation with himself/ any self- confrontation. Investigating himself where he doesn’t even know, in the depth of a vocation immediately expropriated by the harsh laws of a social condition that since ever has been also an ideology, an aspect of domination. Although the word revolution – said by the father – is the last word of the text and can lead us to some considerations: a very strong uneasiness corrodes the heart of deep France (and not only). However, it is more interesting to wonder what has happened in the meantime.

And what happened is narrated, almost as fairy tale, by Louis in a page of this dialogue for single voice «one day, on autumn, the educational aid for the new school year had been increased by almost one hundred euro. The aids were credited each year to families to help them buying stationery, notebooks and briefcases. You were out of control, you screamed in living room: let’s go to the beach, and we went in six inside our car made only for five…. All day long was a party. I’ve never seen families that don’t need anything, celebrating a political decision as that one because politics has never had such an influence on their life».

The truly difference in this meagre and incisive story about father and son relationship compared to those that succeeded on the History of literature, lies on the scene in which it takes place: a work class already condemned to the obsolescence by the liberal trend where a homosexual son has to face his father fully obsessed by masculine and the awareness of being in turn an outcast, servant and looser, just like the people he hates most and which he fears most to resemble, the Arabs, women, the effeminate. […]

Author that visibly looks at the theater, Édouard Louis assumes for us the logical step towards a performative dramaturgy that aims at literature more and more: accustomed to staging our words and experience, filtered throughout the long testing process, for the first time we’ve decided to rely on the text of someone else with which we share some fundamental similarities. Starting, of course, with the relationship between life and fiction and, accordingly with our unfinished research, ending up with the links between figure and background, between singular experience and collective experience. By choosing Francesco Alberici, as our interpreter, we have sought the greatest possible distance from the risk of resemblance with the voice that speaks for itself in Chi ha ucciso mio padre (Who killed my father). It’s not in the resemblance that we seek a plane of truth between this story and the public, but in the possibility, opened by the initial caption of the text, to tell the story of all of us through a story of one.

Our directing and the Francesco Alberici’s rendering will be nothing more than the further development of a construction site where we have been working together for a long time. 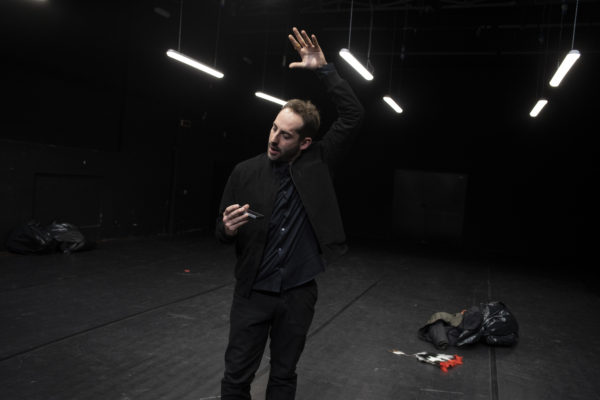 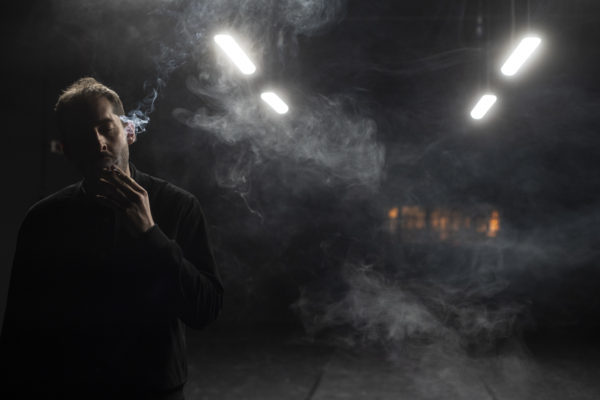 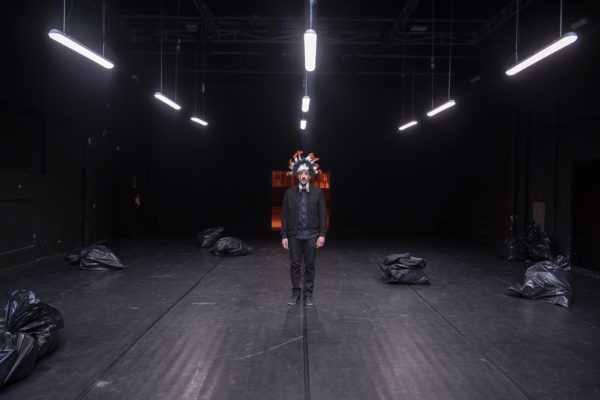 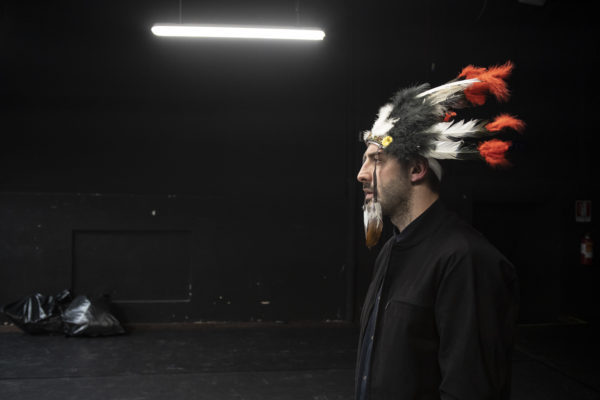 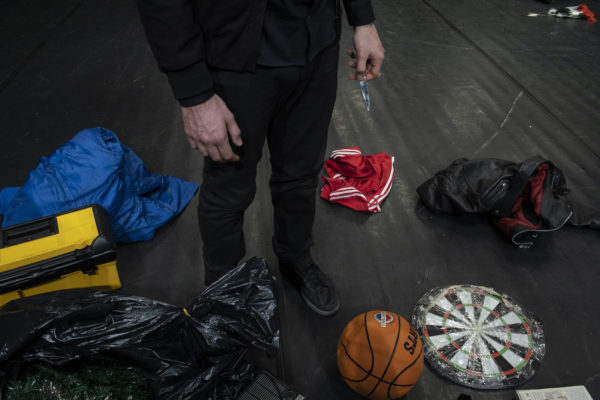