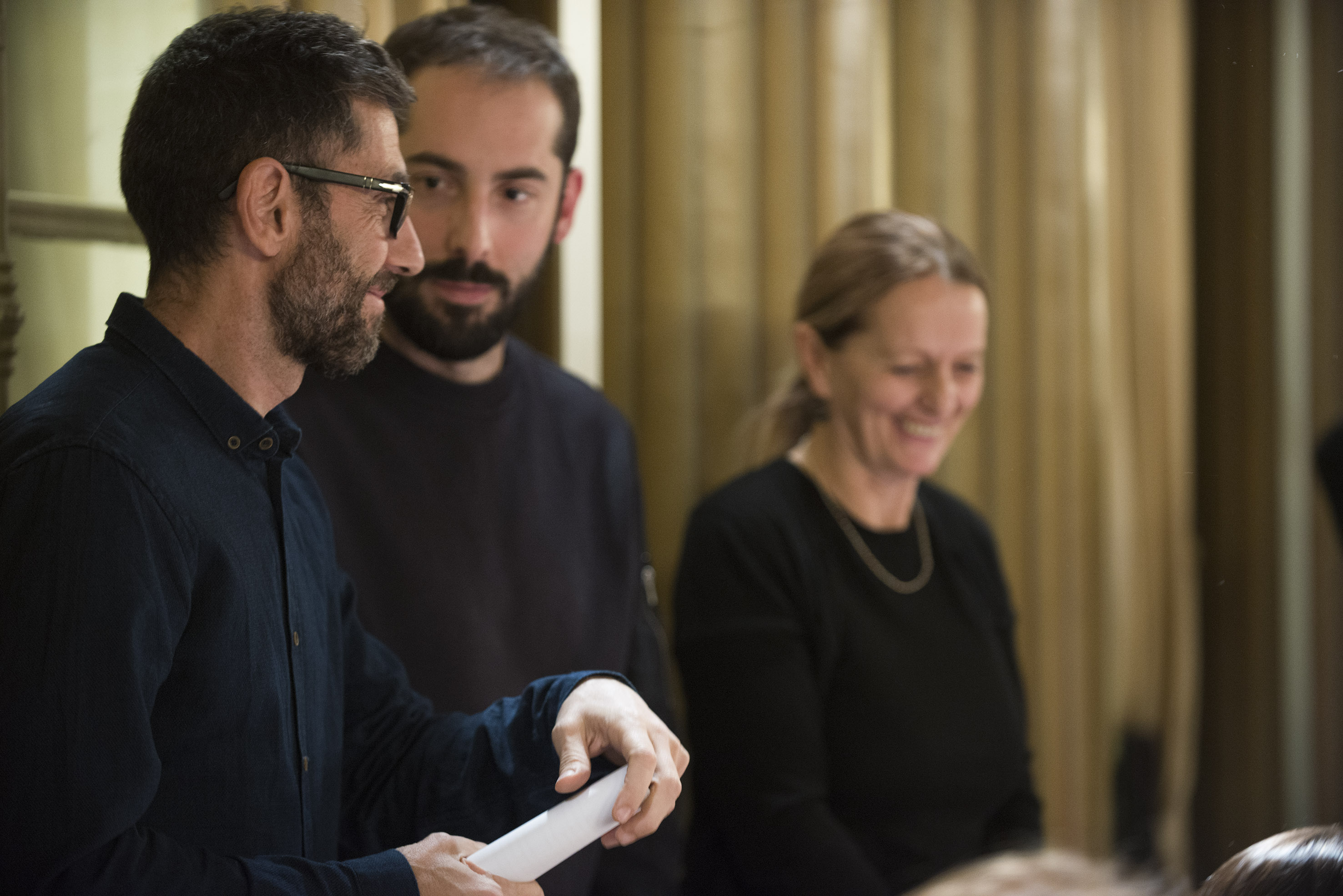 in collaboration with the Italian Institute of Culture, Paris

“My work is like digging, it’s archeological research among the arid materials of our times…”

In Autumn 2018 we will premiere our work called Quasi niente (Almost Nothing), a play freely inspired by Michelangelo Antonioni’s Il deserto rosso (Red Desert). This 1964 film was the Director’s first colour film, based on a short story by writer Tonino Guerra and featuring a heart-wrenching and child-like Monica Vitti as Giuliana. Both as mother and wife, she crosses a desert of her life – distinctly ‘red’ in one scene – without being touched by, or herself touching, anyone. There is not much dialogue, yet some is so awe-inspiring it is now part of everyday speech (“My hair hurts”, is the most famous, borrowed from the poet Amelia Rosselli). This film also features the landscape, an area of Romagna around Ravenna positively transformed by the director.

Digging is a side-project accompanying the main work: a performance where we can share and examine together the discoveries of this investigative phase with a limited audience.

Our research at the Fondo Antonioni (Ferrara’s archive and foundation) not only included reading the existing documentation regarding the preparation of the film, and thanks to Morena Campani, actually discovering the diary of one of the assistant directors, as well as seeing set photos of scenes not included in the final cut, it also enabled us to see how this all started. We even held Antonioni’s hand-written notes outlining his initial vague ideas and even discovered he had sleepless nights over changing the film’s ending following the departure of one of his main actors, only days before the end of filming. All this brought us continually face to face with what always happens during the creative process: that amazing, yet at times tiring confrontation/encounter between ideas and material.

So, we dug deep and patiently like archeologists: for amphora handles, small tiles, some inscriptions. However, the whole building was actually right there before our very eyes; more like the floating tip of an iceberg held up by a huge submerged mass. Antonioni also wrote: “We know that behind every image revealed there is another image more faithful to reality, and in the back of that image there is another, and yet another one behind the last one. And so on, up to the true image of that absolute, mysterious one that no-one will ever see. Or perhaps right down to the decomposition of any image, of any reality”.