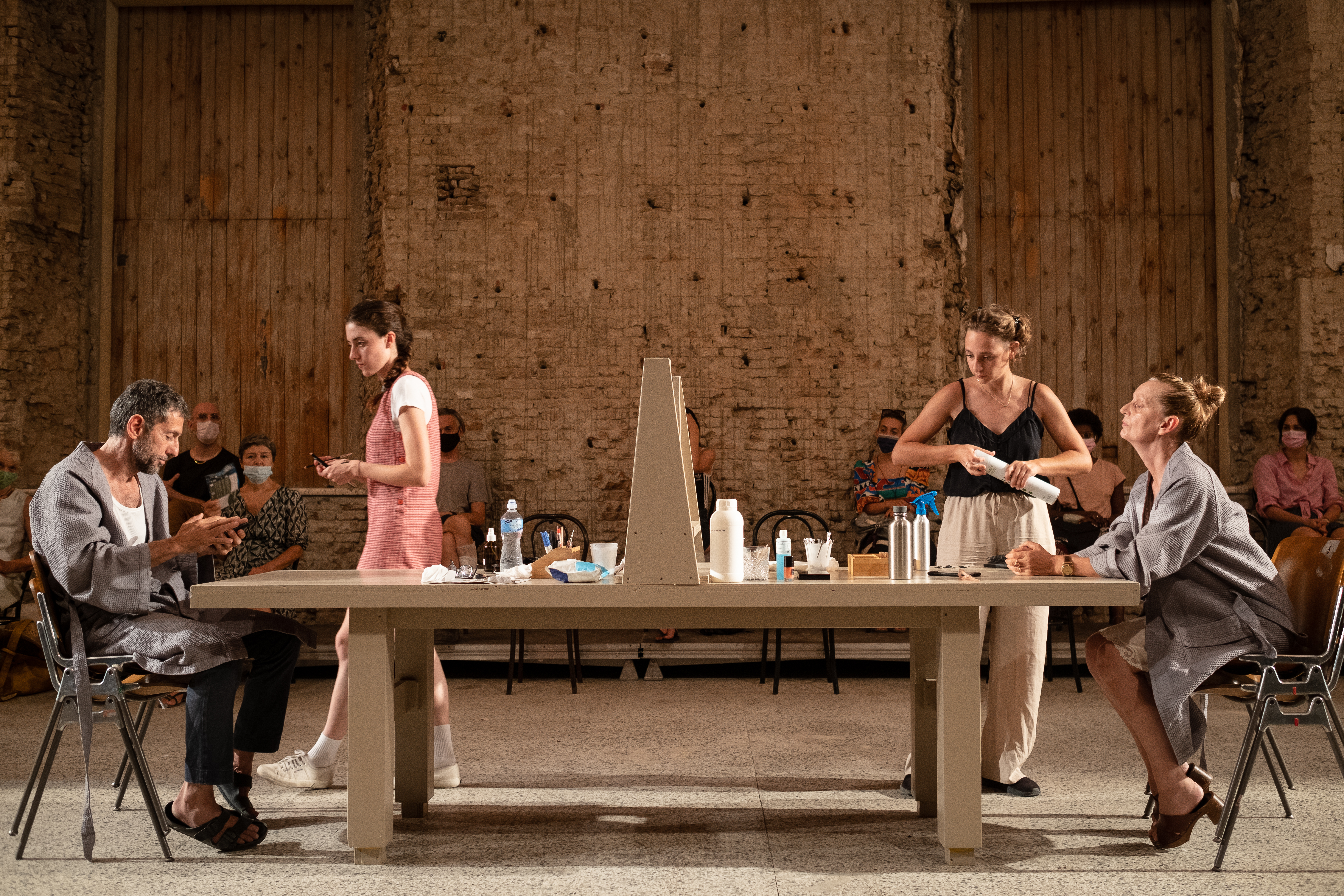 Sovrimpressioni | Superimposing is part of an overall project inspired by Federico Fellini’s 1986 film Ginger and Fred, for a limited number of spectators.

We have become used to preparing more than one work around our main research subject and for this project there are three: in addition to this Sovrimpressioni | Superimposing, our performance Avremo ancora l’occasione di ballare insieme (We will still have the chance to dance together) will premiere in the Autumn, and we are making a documentary film with Jacopo Quadri (cinematography by Greta De Lazzaris) about our work called Siamo qui per provare (We’re here trying it out), for release at the beginning of 2022.

What is Sovrimpressioni about? We ‘borrowed’ the title from the splendid collection of poems by Andrea Zanzotto and his need to superimpose artifice and nature, mother tongue and neologisms, the relationship between things and flashes of thought. All this connects to the relationship(s) that we have been weaving for some time between personal biography and fiction; between the characters we engage with, to get to know ourselves better; and both the present and historical contexts that compel, confuse, belie and confirm our choices.

In Fellini’s film two artists who have never come close to success, Pippo and Amelia, reknowned for imitating the famous Ginger Rogers and Fred Astaire dance duo, return after many years to perform in public in a television programme bursting with banality and vulgarity.

Daria and Antonio, after years of working with others, return to the stage as their original incarnation in duo. Successful in their own way, their enduring closeness has blurred some boundaries between the two and at the same time their long on-stage cohabitation has diminished their friendship and rendered their individual need to stand out more acute.

She doesn’t really like Giulietta Masina and finds the costume choice quite demodé, yet however negative the word, it turns out to indicate an opportunity, a goal. Consequently after feeling irritated by this apparently docile female figure she discovers unexpected commonalities.

He on the other hand, is afraid of ageing and believed – like Fellini – that it would only happen to others. He considers Marcello Mastroianni’s approach courageous; purposefully having his hair thinned by his make-up artist who plucked each hair off individually to mirror his bald spot with that of the director’s own.

What happens on stage takes place in the time between the two entering their performative space from the outside, from ‘their present’, to an hour later when they find themselves transformed into aged versions; not to resemble the two actors or characters, but to look the age they actually are which they cannot yet perceive from that outside. 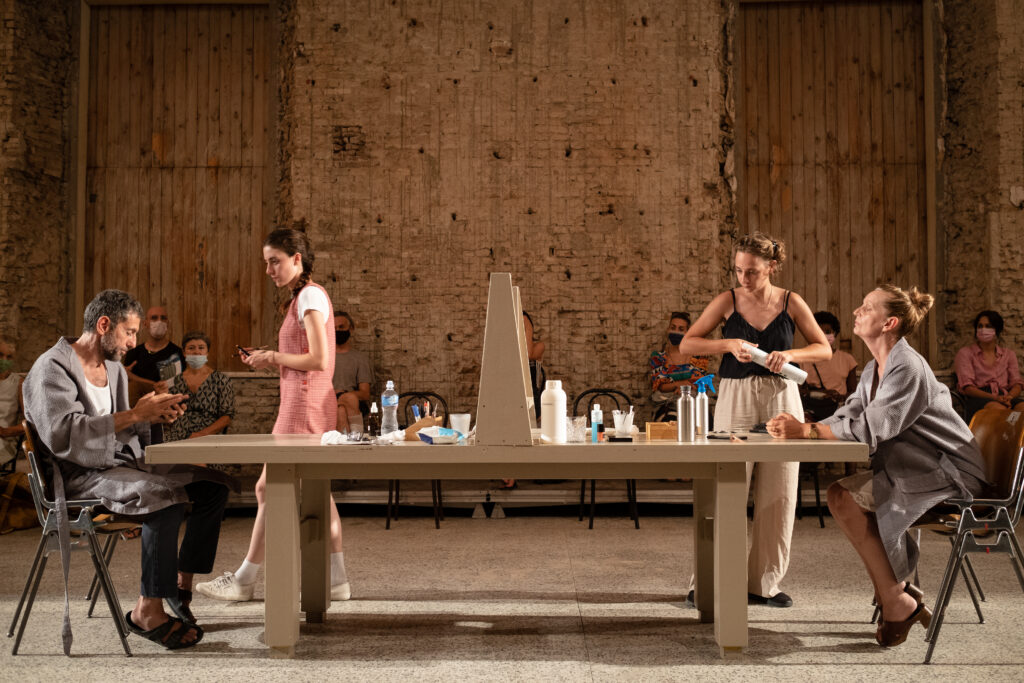 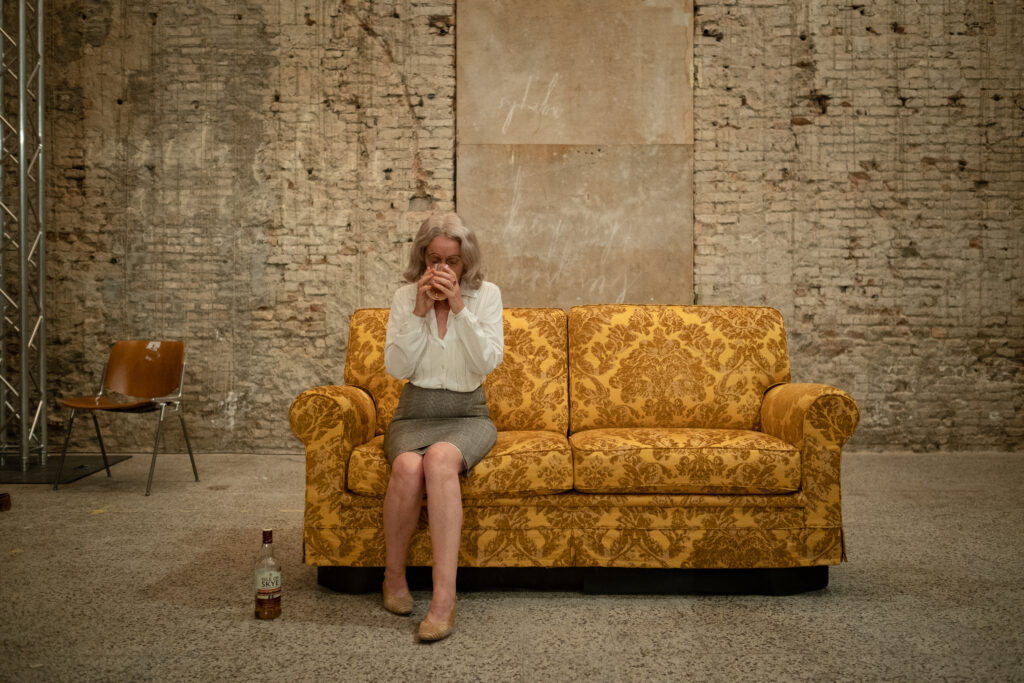 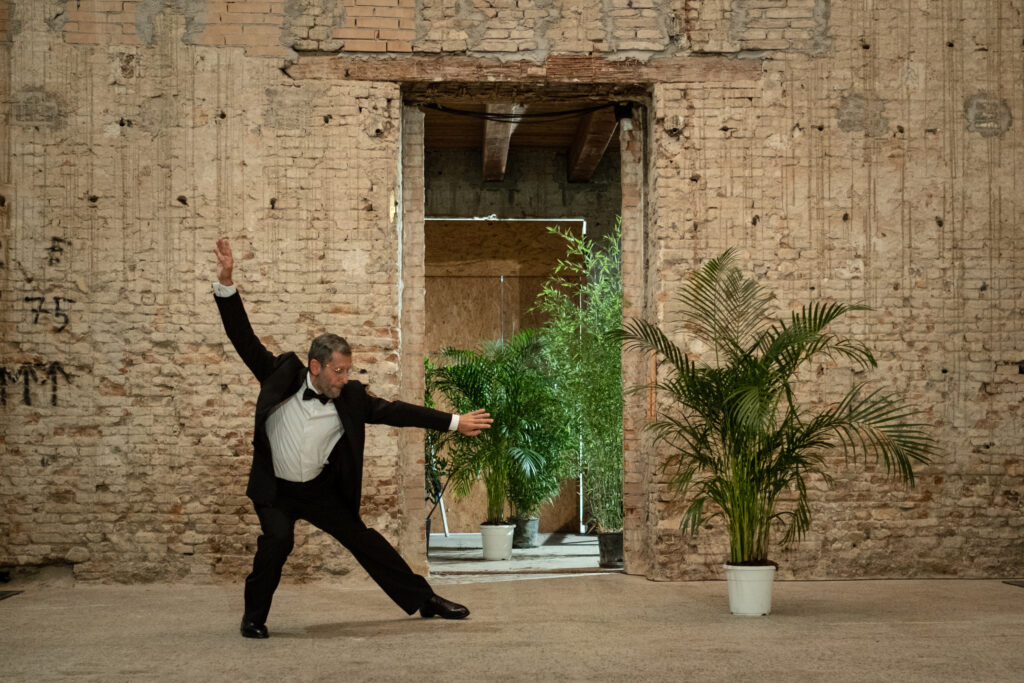 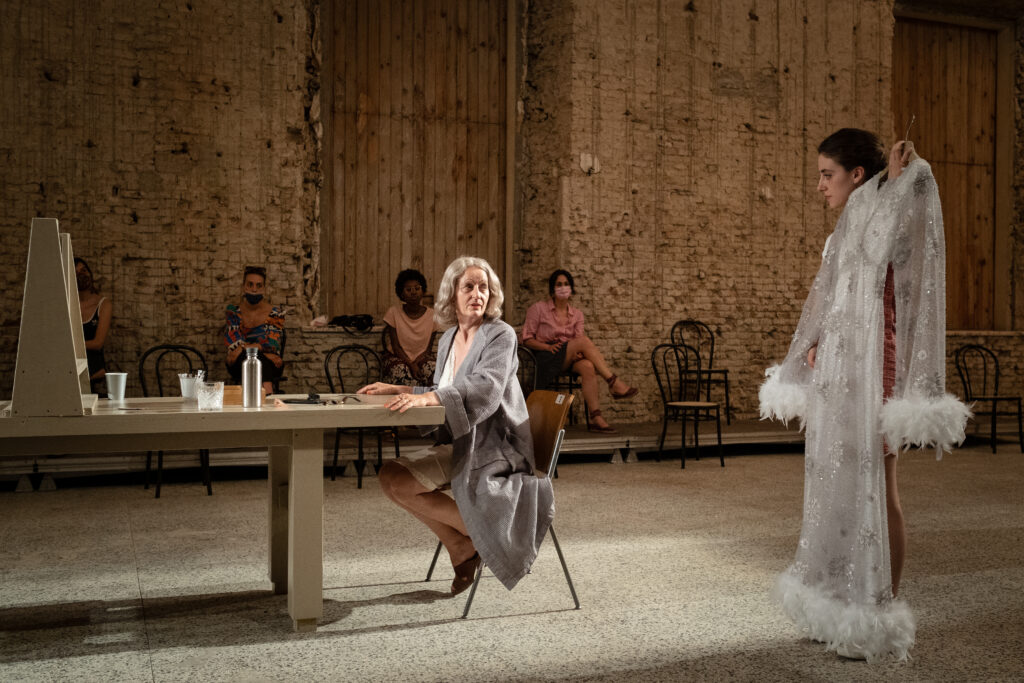 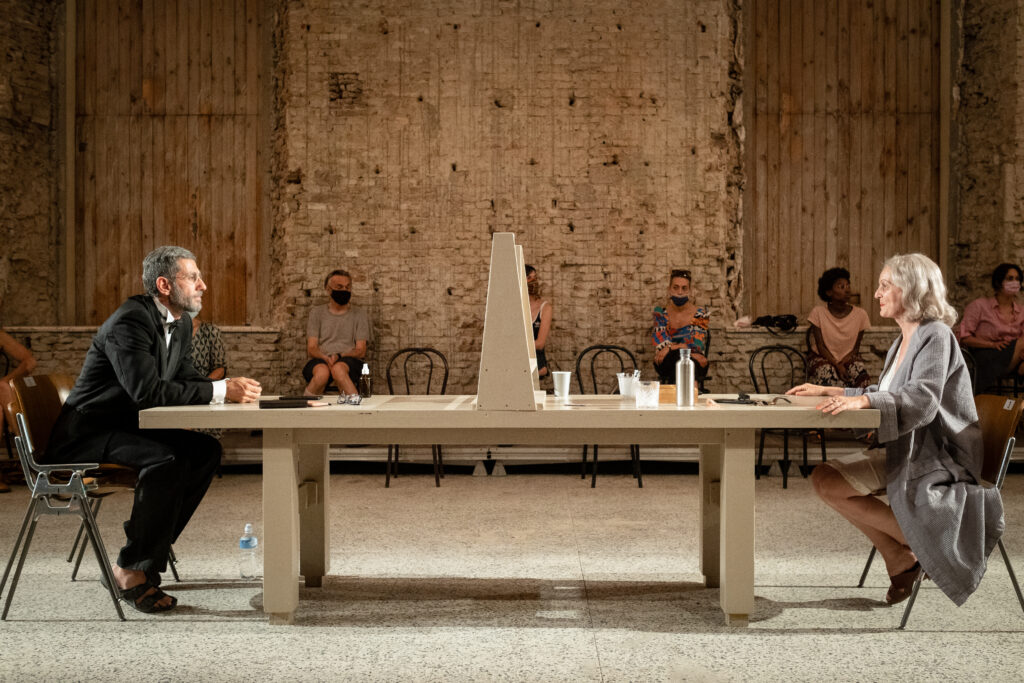 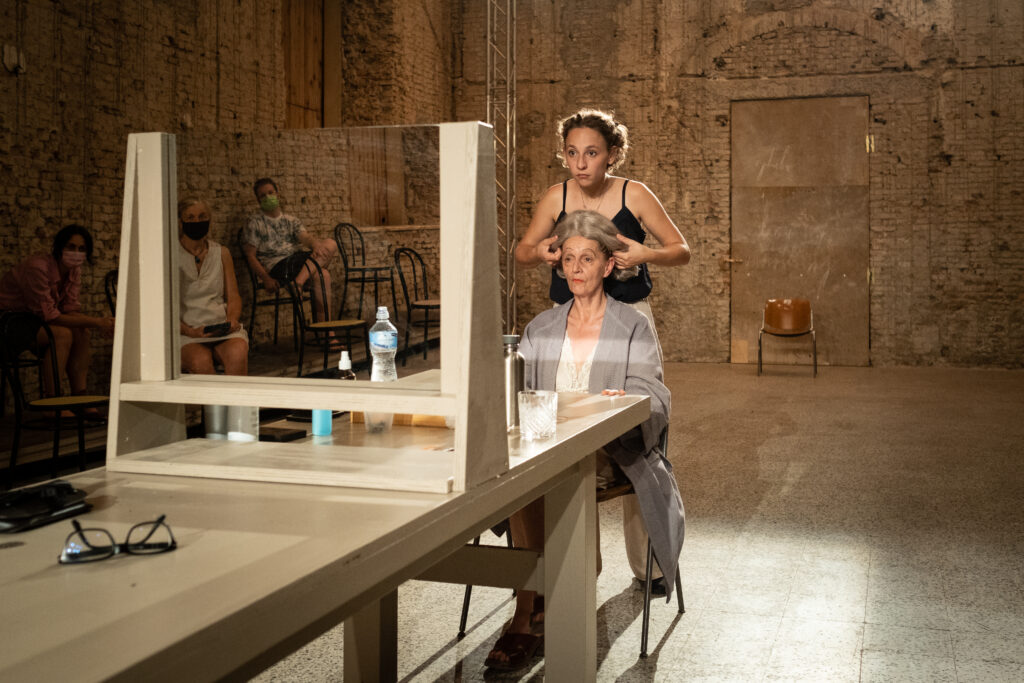 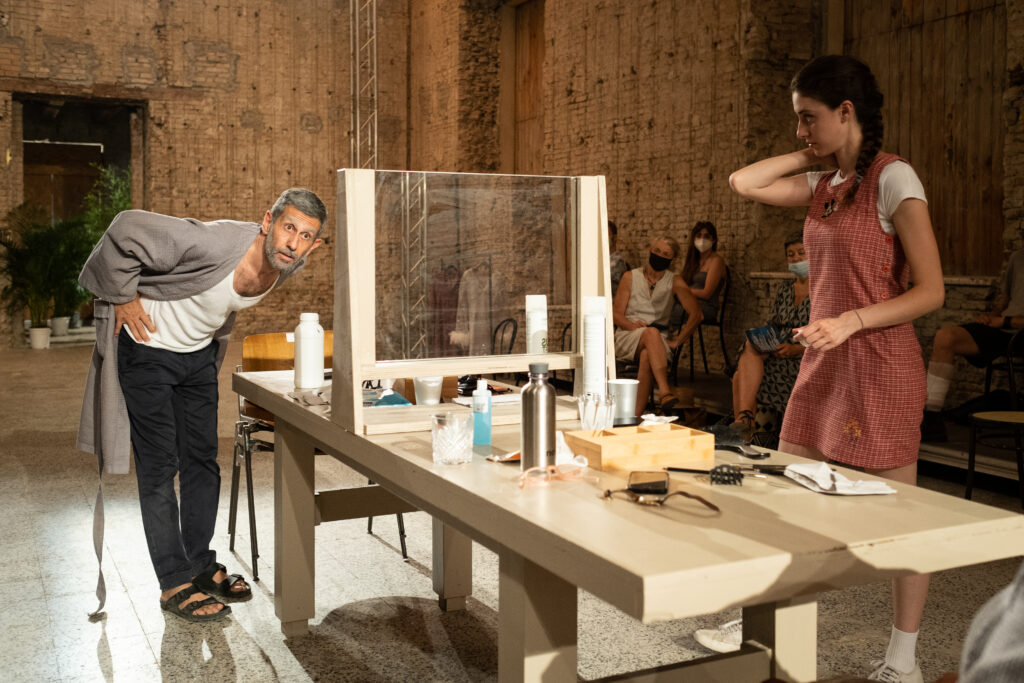 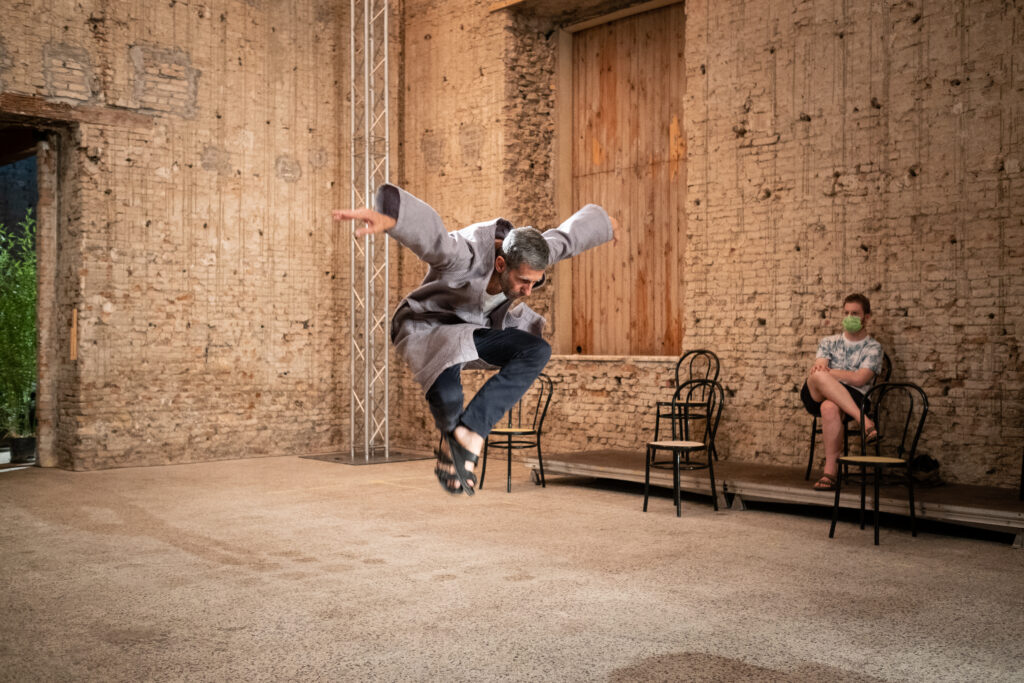 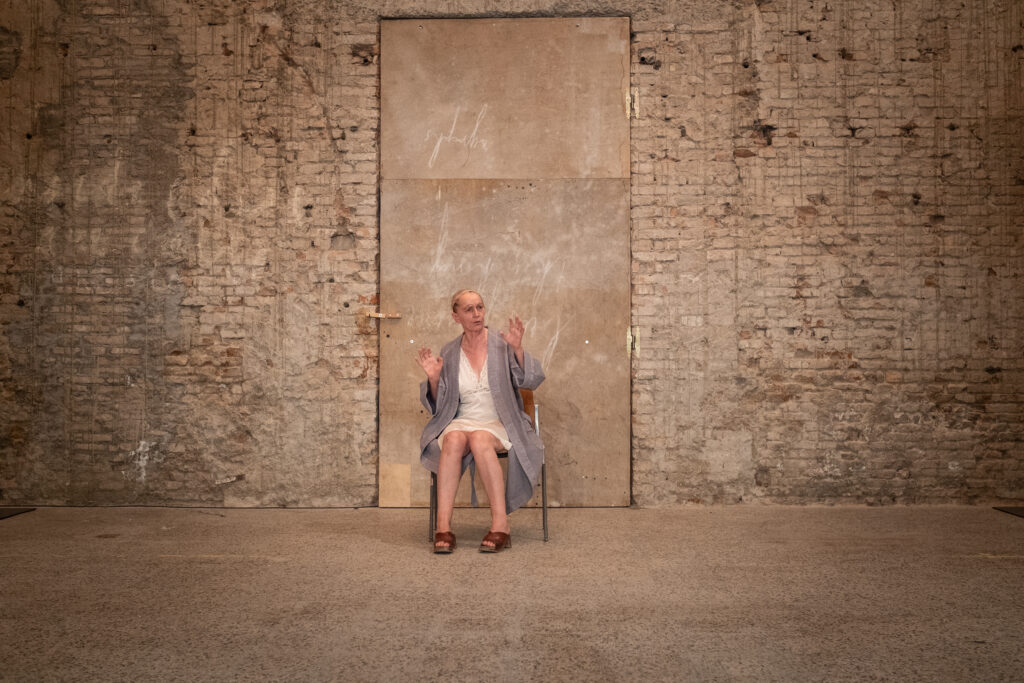 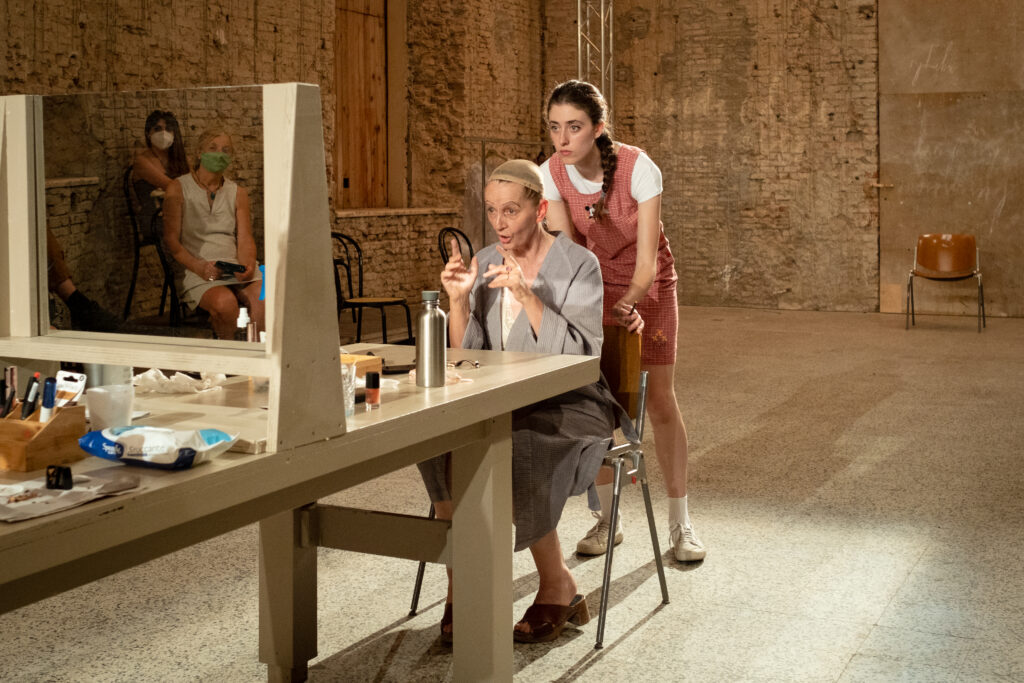 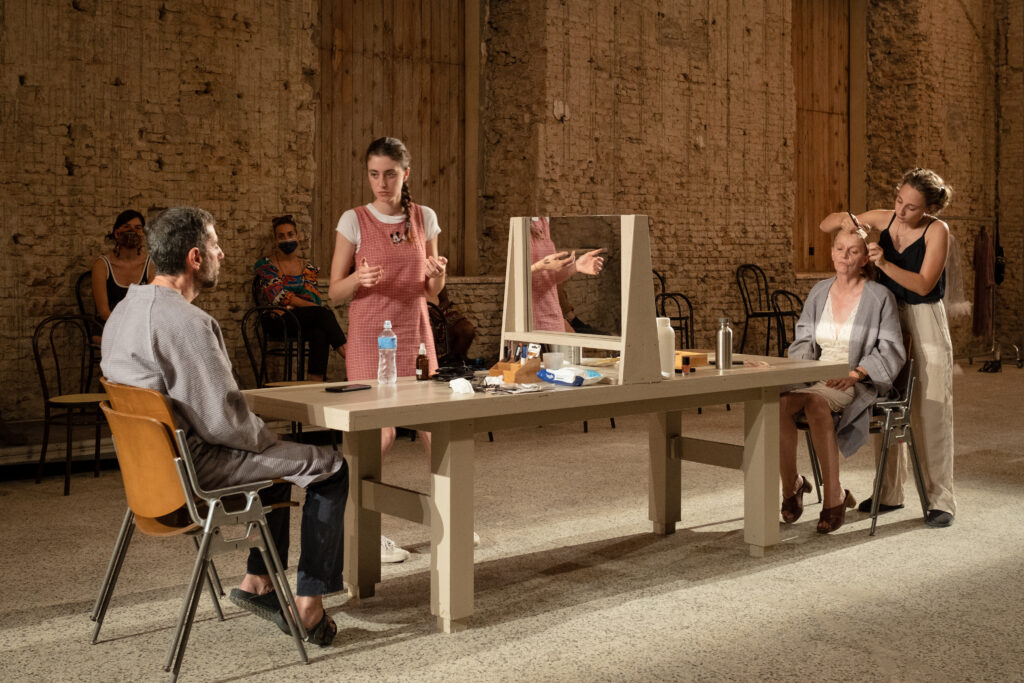 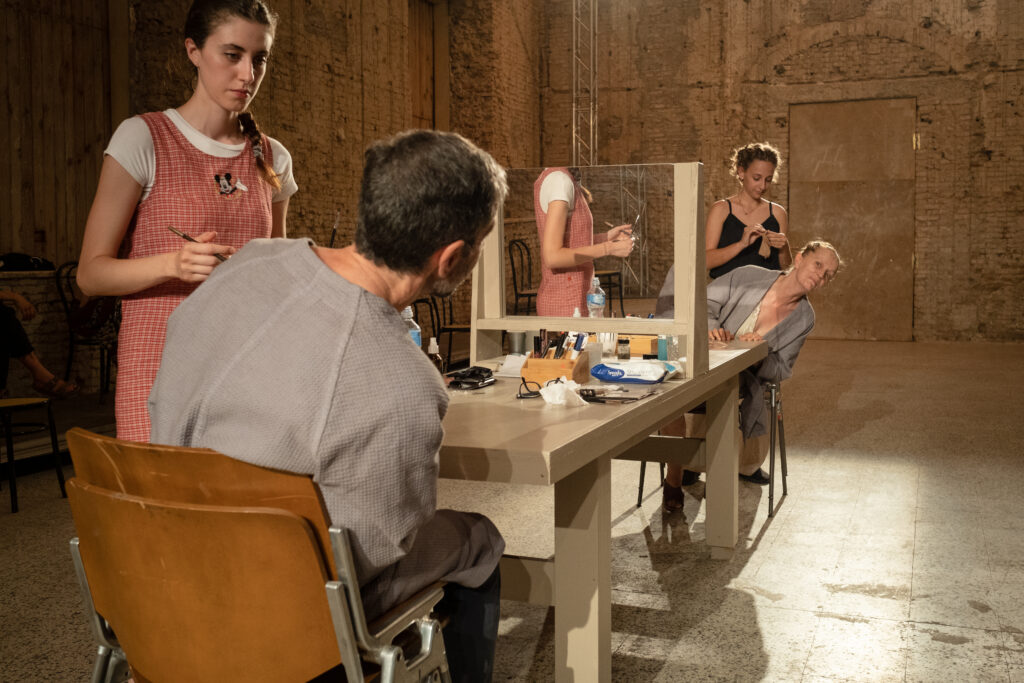 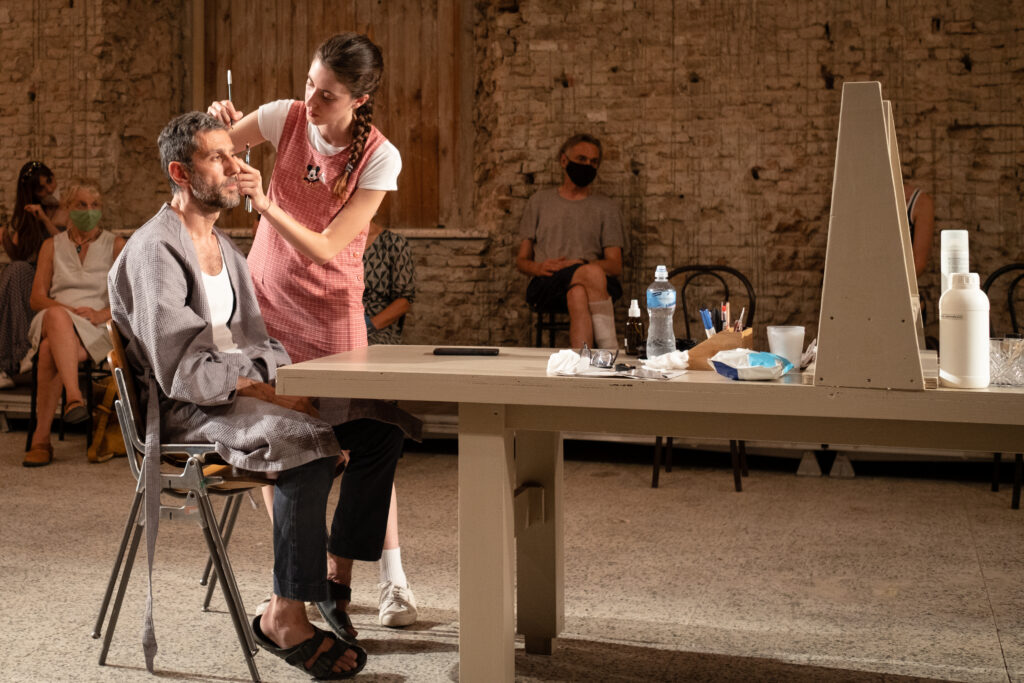