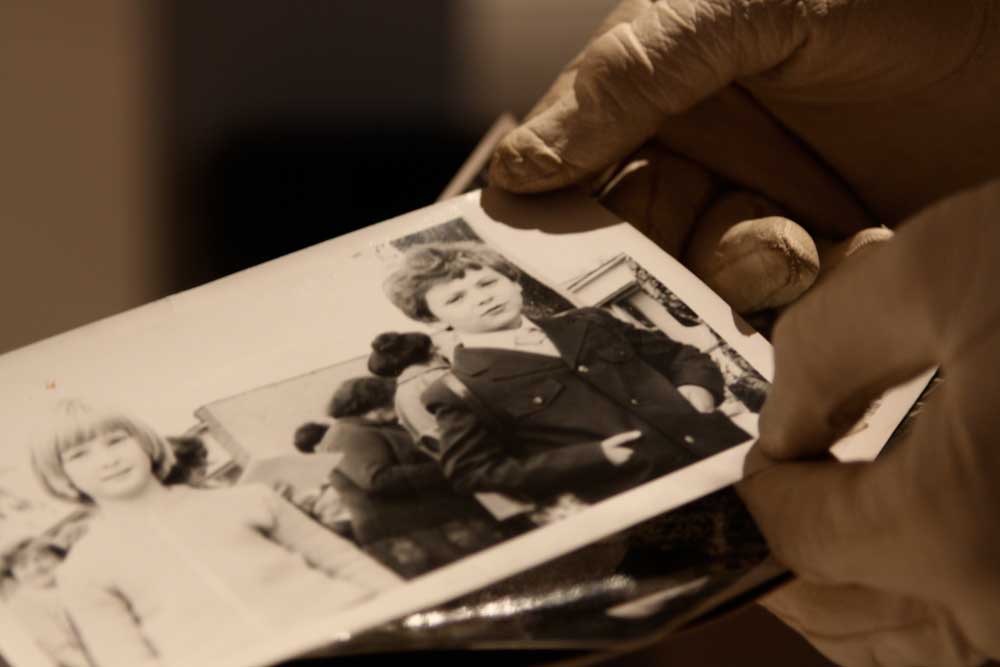 Daria Deflorian and Antonio Tagliarini are two performers, writer and directors who, alongside their own personal works, have embarked on an intense and regular collaboration since 2008.

Their first such collaborative work was Rewind, A Tribute to Cafè Muller by Pina Bausch created in 2008 for the Festival Short Theatre of Rome, which subsequently toured various Italian and European festivals. In 2009 they co-wrote, directed and acted in their own production called From A to D and back again, loosely based on Andy Warhol’s similarly titled book for the Palladium Theatre in Rome. Since 2011 they have worked on Progetto Reality (‘Project Reality’) which has morphed into two works: czeczy/cose, (‘things’) an installation/performance first performed at Rome’s Festival Short Theatre in 2011 and Reality, which was commissioned for the Festival Inequilibrio di Castiglioncello in 2012. In Autumn 2012 they were invited to take part in the Teatro di Roma’s ‘Perdutamente’ project which led to their play Ce ne andiamo per non darvi altre preoccupazioni (We’re Leaving So You Don’t Have To Worry Anymore) in December 2012. This work constituted the initial study of a production which premiered in November 2013 for the Festival Romaeuropa where they were joined on stage by two other co-creators/performers Monica Piseddu and Valentino Villa. This play won the Ubu Award 2014 for Best New Italian Dramaturgical Research.

Three of their texts were published by Titivillus 2014 in one edition called ‘Trilogia dell’invisibile‘ (Trilogy of the Invisible). A retrospective of their body of work was then performed with the same title in November 2014 at Teatro India in Rome. In Autumn 2015 Daria and Antonio presented both Ce ne andiamo per non darvi altre preoccupazioni and Reality at the Festival d’Automne in Paris.This also marked the beginning of an international tour through France, Swiss, Germany and Canada.

Il cielo non è un fondale (The Sky Is Not a Backdrop) had première in Théâtre de Vidy in Lausanne in November 2016, and continues their research on the relation between the figure and the backdrop, personal and collective history.

Their next project, inspired by the film Il deserto rosso of Michelangelo Antonioni, took the shape of a show for five performers, Quasi Niente (Almost nothing), which has premiered in October 2018, and a performance for non theatrical venues, Scavi.

In 2020 they première their adaptation of the italian translation of the text Who killed my father by french writer Edouard Louis, an they start working on their new project inspired by the film Ginger e Fred of Federico Fellini, which will outcome in 2021 in a duo show, a show for six actors and a documentary.