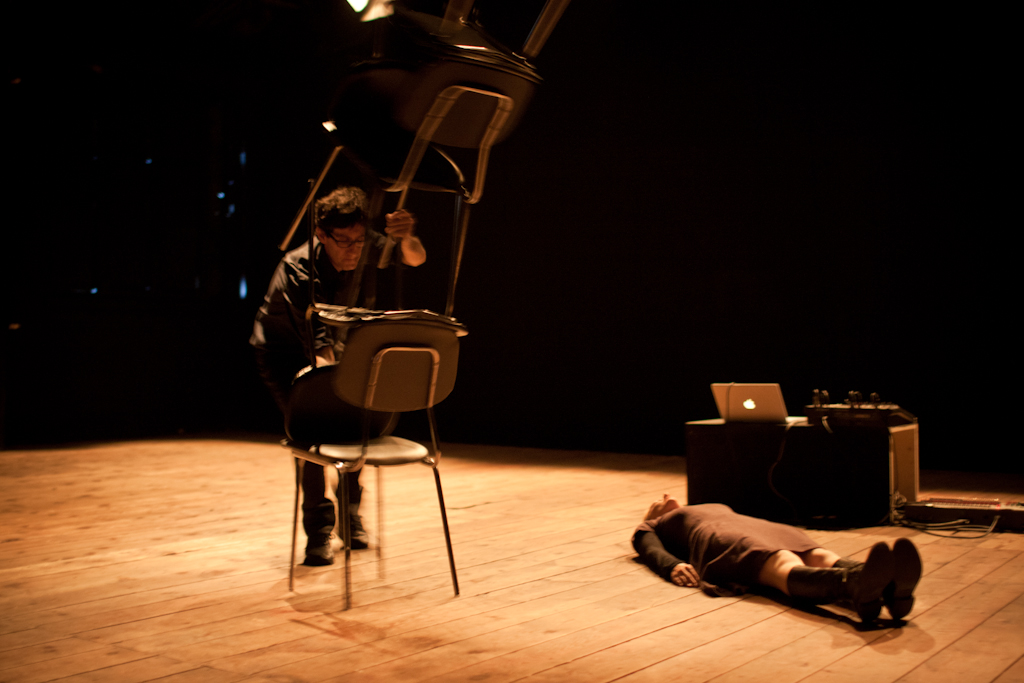 1978. Café Müller by Pina Bausch. A theatrical heart-attack. An artistic event, a piece of twentieth- century art history. For all of us – too young at the time – Café Müller was a touchstone, a myth, a cliché. Thirty years later we take up Café Müller as a starting point. Today, it is inevitably something else; time has changed it, erased, confused and idolized it; something untouchable and mythical has shattered leaving only sacred ruins. Just ruins, in the end. So now, one can walk among this rubble, pick up and handle it, look at it up close and splinter it further. And finally, it’s possible to laugh. It’s possible to do every and anything with what remains. “Every man kills what he loves”, sang Jeanne Moreau in a Fassbinder film. Therefore, the work is about memory’s betrayals, an attempt at re-invention made up of continuous interruptions and a myriad of little tales on the side, bordering on the autobiographical and total reverie. Thus rewind: an improbable rewinding of time.

The chairs, the space, the bodies, the dancing and ourselves today. Far from the redemptive dramatic force of that time. Distant from us, who are weary from having seen too much – a new form of blindness. 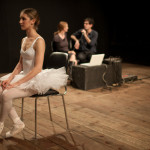 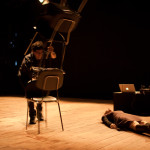